My good friend, sometimes collaborator, and all around talented guy Aaron Dries recently re-released his debut novel HOUSE OF SIGHS through Crystal Lake Publishing. I read this book when it was originally released years ago and was blown away by it, making me an instant fan. This new edition contains a bonus novella which acts as a sequel to the novel, and I think "The Sound of His Bones Breaking" is actually even more powerful. I jumped at the chance to interview him again for my blog 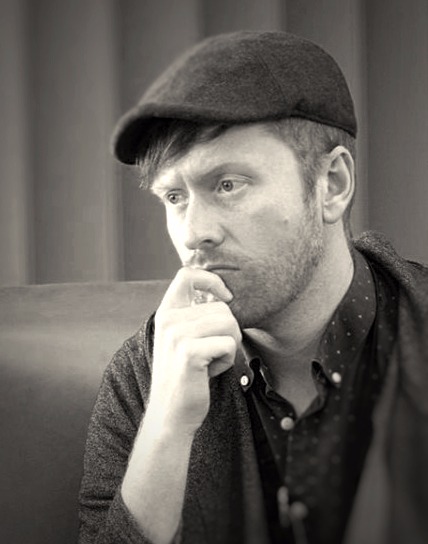 How did it come about that Crystal Lake put out a new edition of your debut novel, House of Sighs?

Aaron: My association with Crystal Lake began a few years back when I was approached by one of their editors to contribute to a Tales From the Lake anthology. That was accepted and subsequently well-received (thank goodness - so nerve-wracking). That story was shortlisted by Ellen Datlow for her Best Horror of the Year list, which was nice. Continuing on from that, there was my collaboration with yourself, Where the Dead Go to Die, which Joe was extremely enthusiastic about. From that, I pitched a Sighs reprint, and sweetened the deal with a sequel novella idea for a two-in-one edition. The rest, as they say, is history. 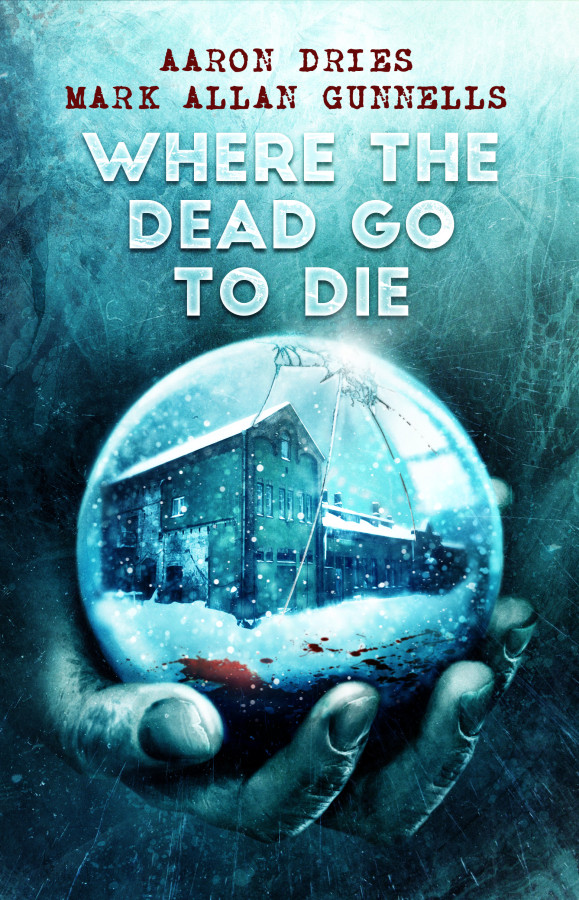 Tell us a little about the inspiration behind the included novella, The Sound of His Bones Breaking.

Aaron: I'd been sitting on an idea for a Sighs sequel for about four years. But ideas are disparate things, floating around in the ether, and they rarely work until they click with another such disparate train of thought. When these random strains come together, it's like a physical click I can feel in my body. At that point, I know I've got to get writing. The recent instigator was an actual experience of mine. A couple of Christmases ago, I was catching up with a friend up the coast here in Australia. It was late at night and we were drinking beers in an open bar overlooking a street in the rough part of town. People were mulling about, waiting for taxis and their Ubers. One taxi driver pulled up and he was obviously drunk, and intoxicated patrons were filing into his backseat - total recipe for disaster. A street brawl broke out right in front of us. Afterwards, the 'click' came, and I set myself to work.

Had you ever written a sequel to one of your works before?

Aaron: Technically no. However, House of Sighs and The Fallen Boys and A Place for Sinners all interconnect in little ways that very few people have picked up on. There are cross-over characters in all of these books - and The Sound of His Bones Breaking, the sequel to House of Sighs, summarizes all of these intersections in one, tying up this universe in a neat little bow. What were some of the challenges returning to a familiar character and world?

Aaron: I had no problems with it at all. I've known that I would be writing about this character (and I'm being deliberately elusive here for fear of spoilers). If anything, I was hungry for it. I knew I wanted to explore the themes of trauma and denial. This character was, in a very sad way, kind of predestined to evolve in such a way, and into such a book. Those slowly breaking bones have been splintering since the beginning.

As an openly gay man, do you feel that aspect of yourself has an influence on your writing? If so, how?

Aaron: I absolutely do. I prescribe to the Jack Ketchum mode of inspiration, which encourages you to be brave and "write from the wound." Western society is changing, and civil liberties LGBTIQ citizens have been fighting for are being slowly awarded across the world. But there is still a long way to go. For those who think otherwise, I'd argue they're living under a heavily insulated dome of privilege. But things are evolving. I think it's important for younger gay writers to write about their experiences, their hurts, the stuff that makes them angry, because there's a complacency that's slowly evolving in the creative arts, as potential writers slowly stop reading and happily bypass the creative process by diving onto social media to vent their frustrations. I think we have a duty to write from that still bleeding wound, and to write our stories well. Doing so honors those who have come before us, and if we're lucky, may inspire others to world-build themselves. Because, let's face it, our worlds are different. LGBTIQ people are wonderfully other in some ways; experiences and a history of systematic prejudice naturally dictates that (for some). Consequently, our fiction feels different, too. That's why diversity in the field SHOULD be encouraged. Who wants to go to the bookstore and unearth the same kind of diluted, slowly quietening voice? Diversity will keep this industry alive and it's great to see mid-list genre fiction in particular embracing this change (mostly). I refuse to believe that people who have had to re-evaluate their lives because of factors completely out of their control, whose identities have been challenged, and who have been hurt by others... have nothing to say. To some degree, that's a wound too. But not all wounds are bad. Just as not all fiction written from between those stitches are good, either. But damn it, try.

Definitely agree, which is why I've tried to get a movement started on social media, #LGBTinHorror, to highlight some of those disparate voices. Who are some of your favorite gay horror authors?

Aaron: One of my favorite gay horror authors is Michael McDowell. I think there's an erudite wit to his work, a dry sense of observation that comes from someone who feels like an outsider looking in at the worlds they know so very well yet feel somewhat separate from. His work is by turns chilling and hilarious, lush and then sparse. He is an author of contradictions, who somehow made those contradictions his brand. There's that delightful otherness that doesn't feel deliberate, nor conceited, just really rather honest. There's something deliciously inspiring about that. For new readers, I'd check out his Blackwater series, Cold Moon Over Babylon, or my favourite, The Elementals.

Since this new edition contains a sequel, tell me about some of your favorite literary sequels?

Aaron: Sequels fascinate me. I love the weight of expectation between what a readers wants and what a writer wants to create. That relationship is so precarious and interesting to me. In some ways, it's the wait and processing of a sequel that blows my mind. Some big ones for me are Psycho 2 by Robert Bloch (which for those who don't know, has nothing to do with the film Psycho II) - it's a vicious book, satirical, and is jammed with some genuine surprises. Hannibal by Thomas Harris is another one. What an ending!

Do you have a particular writing regime? If so, can you describe it?

Aaron: I'm an opportunistic writer. I write on trains, in lunch breaks, whilst traveling, in bed, over breakfast. If I don't have my laptop, I write longhand or on my phone. My routine is no routine. That way, I rob myself of excuses not to write.

What was the first book you read for pleasure that wasn't a child's picture book?

Aaron: I'm not too sure, but were I to hazard a guess, I'd say it would've been something by R.L. Stine. From that period, Goosebumps: Stay Out of the Basement resonated with me.

How old were you when you wrote your first story?

Aaron: I started off writing and illustrating Batman and Ninja Turtles comics for my family and friends. Only all the villains were monsters! So I guess my interests were there right from the beginning.

Does your family support your literary pursuits?

Aaron: Yes, they do. It's not to everyone's taste, which is totally fine. But they're very supportive. My grandmother, bless her, almost passed out when I told her I'd co-written a book with my buddy Mark called Where the Dead Go to Die. "Oh, why can't you write something nice, Aaron? Gosh. Now send me a copy so I can put it on the shelf and never read it."

Who would you say was your biggest influence as writer?

Aaron: Growing up, without a doubt, Stephen King. As I got older, Daphne Du Maurier blew my mind with novels such as Rebecca and My Cousin Rachel. I was also very big on Ira Levin, Robert Bloch, David Schow, Shirley Jackson, Jack Ketchum. But I absolutely still get a kick, even all these years later, when I crack the spine on a new King book. The inspired teenager in me is still there, albeit somewhat more jaded, and nothing brings on a smile like one of those big doorstoppers.

Tell me about some of your favorite convention experiences.

Aaron: A few years back, I was lucky enough to attend the World Horror Convention in Atlanta, where I happened to meet you, Mark, and a bunch of great people. It was my first international con and my heart was full of love for everyone there. I met new people, readers, and heroes. I also had an absolute ball at Conflux in my home city of Canberra, Australia. What a brilliant bunch of people, great panels, and an all round inspiring vibe. Brilliant!

I know you have traveled to the filming locations of iconic horror movies. What was your favorite place to visit?

Aaron: Absolutely visiting filming locations from Texas Chain Saw Massacre. I felt a little morbid asking a local for directions to a cemetery, but it was totally worth it.

Do you remember the first horror movie you ever saw? If so, what was it?

Aaron: Oh, this is a tough one, as so many of those memories blur into one in regarding timelines. I vividly remember my parents watching A Nightmare on Elm Street after us boys went off to bed, and I watched it from the hallway without them knowing - though largely from behind my hands. I have similar memories with the original Child's Play and - of all things - Halloween 5. But honestly, the first film to terrify me was Return to Oz. Kinder trauma all the way, folks. It toughens you up!

Did you ever make up sequels to horror movies in your head when you were younger?

Aaron: Oh, all the time. But the quality of these fictions were more Piranha 2: The Spawning than, say, Silence of the Lambs. But hey, you got to start somewhere.

I want to thank Aaron for taking the time to talk to me, and I encourage you all to read his work. He's got the goods and has a bright future ahead of him.

The new edition of HOUSE OF SIGHS can be purchased here: https://www.amazon.com/House-Sighs-Aaron-Dries-ebook/dp/B07CR5MMHB/ref=sr_1_1?s=digital-text&ie=UTF8&qid=1526980910&sr=1-1&keywords=House+of+Sighs
Collapse