Earlier this year Cemetery Dance released a limited hardcover of Dog Days o' Summer, the werewolf novel that James Newman and I co-wrote together. That edition was actually sold out in pre-order before it was ever actually released. But Unnerving Press is now releasing the book in paperback and digital editions, meaning it can finally find a wider audience. To celebrate, I did a little interview with James Newman to talk about the book and how we came to work on it together. 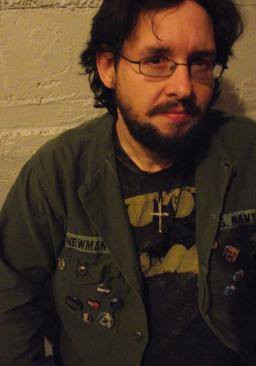 MAG: When you approached me about collaborating, you already had the idea for DOG DAYS O’ SUMMER, as well as some of the first chapter written. Where did the initial idea for this story come from?

JN: This first question is easy. This one sprang from a love for coming-of-age tales, and a desire to write a cool werewolf story. I was excited to write about a guy who was not only a reluctant villain, but one who would be confronted by protagonists who didn’t want to hurt him if they had been given any other choice. It’s right there on the first page – our main character idolized this guy. I found that to be an intriguing dilemma for our hero, right off the bat. Thankfully my soon-to-be co-writer did as well. 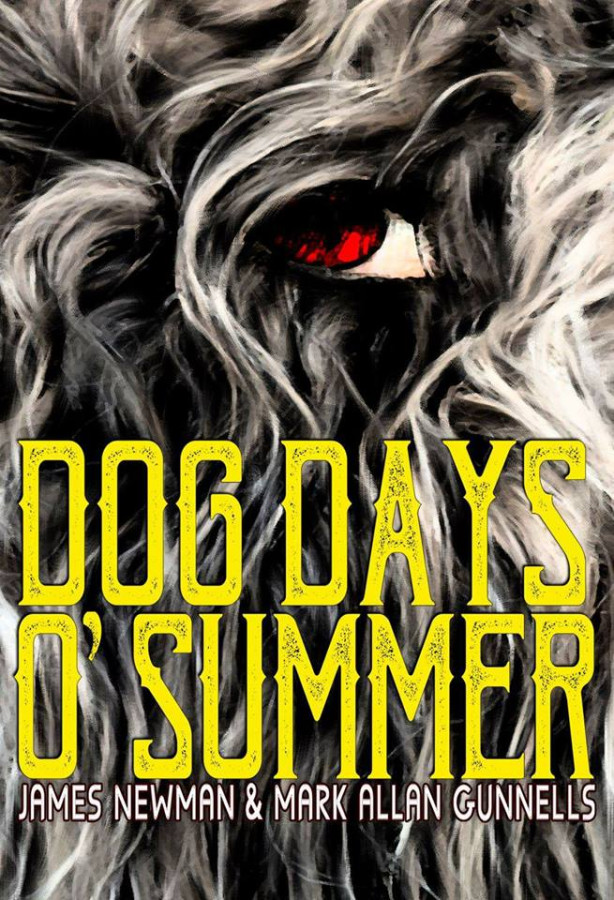 MAG: Except for a couple of short stories, I had never really delved into the werewolf mythos before this. Had you written much werewolf fiction before this?

JN: Years ago, before I really started doing this professionally, I did start a werewolf novel called CHILDREN OF THE MOON. It eventually turned into something called THE PACK. There were some pretty cool ideas in it that have always stayed with me. I’ve thought a few times that they might be worth revisiting someday – who knows.

MAG: There is a lot of werewolf fiction out there. I have enjoyed books as diverse as Robert McCammon’s THE WOLF'S HOUR and Anne Rice’s THE WOLVES OF MIDWINTER. I was wondering what are some of your favorite werewolf tales?

JN: My favorite is definitely John Skipp & Craig Spector’s ANIMALS. I’ve been planning to re-read that soon, as a matter of fact. Such a great book. King’s CYCLE OF THE WEREWOLF is worth a mention as well, obviously. You mentioned THE WOLF’S HOUR – I love that one too. Ray Garton’s RAVENOUS, which treats the shapeshifter’s curse like an STD. That was neat. I want to mention that the late, great Bernie Wrightson did a lot of amazing werewolf artwork that has always been very influential to me too, and not just in regards to DOG DAYS O’ SUMMER. His lycanthropes are the most vicious, bloodthirsty, TERRIFYING creatures you’ll ever see in that medium. Those things would take off your head with a flick of one hairy wrist before your mind could even wrap around what was standing in front of you.

MAG: Thinking back to my childhood, I think my first real exposure to the idea of werewolves was in the movie THE MONSTER SQUAD of all things. Do you remember your first exposure to the werewolf?

JN: I’m not 100% sure about this, but I’m thinking it was probably those old orange-and-black Crestwood books about the classic monster movies, specifically the one that focused on THE WOLF MAN. Along with the SCARY STORIES TO TELL IN THE DARK books, that series of books played a huge part in shaping me into the horror fan/creator I am today.

MAG: From my perspective, our collaboration went incredibly smoothly. My favorite parts were the initial brainstorming sessions, bouncing ideas off each other that made the story evolve and expand, as well as each time I’d get one of your installments and see what great ideas you were bringing to the table. I’m interested in hearing your thoughts on the collaboration, and your favorite parts.

JN: Well, of course I had a blast. You and I work very well together and – I’m not just saying this – it was without a doubt one of the smoothest, most stress-free collaborations I’ve ever been a part of. As far as favorite parts? I love the back-and-forth banter between the boys. I think it feels very real. I also adore Mr. Martinsen and would even go so far to say that he’s one of my favorite characters I’ve ever (co)written. I can imagine looking up to him just like our protagonists did, if I was that age and he was my teacher. It’s a shame he held such a terrible secret, and did such godawful things. Then again, if not for his . . . er . . . nocturnal hobbies, I guess we wouldn’t have a book, now would we?

MAG: We tried to deliver a werewolf tale with some traditional thrills while also putting our own stamp on it, twisting the myth and introducing some new wrinkles into it. What do you think is the most innovative thing the story brings to the werewolf mythos?

JN: Definitely the stuff about the “dog days of summer” and where that phrase comes from. I’m not sure that’s ever been done before. I like that little “injection of reality” into an otherwise impossible, supernatural tale. I also really dig how we treated the shapeshifter’s curse like an STD – while we weren’t the first to do that (as I mentioned above regarding Ray Garton’s book), it really works for our antagonist and the poor sap’s backstory. I’ll stop there. Plenty of folks out there haven’t read the book yet, so God forbid I ruin anything for them.

MAG: I know this territory has been mined quite a bit, but I would be remiss if I didn’t mention it. As we neared the end of the collaboration, you had an accident that left you injured and you were actually recovering as we put the finishing touches on the story. What was it like, trying to work when you were in pain and trying to heal? Was it at all helpful?

JN: It wasn’t as difficult as you might think. It was a great way to fill each day, being out of work for six months and doing nothing but lying around eating pain pills like they were Skittles. If nothing else, it paid off a lot more in the long run than just watching Netflix all day! I think, because I was on medical leave from my day job, it enabled me to devote a lot more time to DOG DAYS than I could have otherwise (because you know, possibly more than anyone else, how slowly and I work, and how horribly unprolific I am!). That said, I did always have to “second-guess” myself and make sure I wasn’t writing a bunch of nonsensical gibberish thanks to the aforementioned pain pills. Thank goodness I had you keeping me in check all the way.

MAG: Standard question, but one I know I’m curious to know the answer to as a fan of your work. What are you currently working on?

JN: I’m finishing up a few short stories that I’ve been asked to submit to various anthologies and such, as well as starting on another novella collaboration with Mark Steensland (apparently I have a weird fetish for working with guys named Mark –LOL). Following on the heels of our erotic horror story THE SPECIAL, which folks should be able to read very soon, our next project is a coming-of-age suspense tale called IN THE SCRAPE. I think fans of MIDNIGHT RAIN and ODD MAN OUT are going to be pretty crazy for it when all is said and done. I hope so, anyway!